Du Xiao Yue (度小月) is most well-known for its noodles (擔仔麵).  The brand has been around since 1895 and considered one of the most recognized Taiwanese restaurants among tourists.  Second to Ding Tai Fung (鼎泰豐) perhaps? 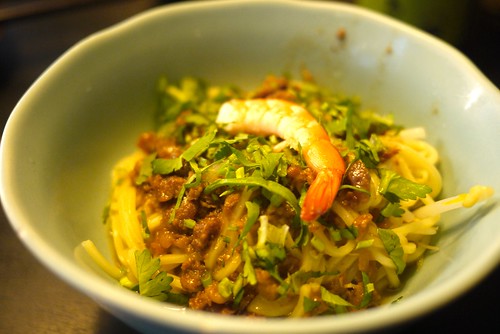 On one fine day, we decided to pay them a visit during lunch time, with my co-worker's boss from the US.  He had wanted to visit Ding Tai Fung but the queue was ridiculous and we had to give up. 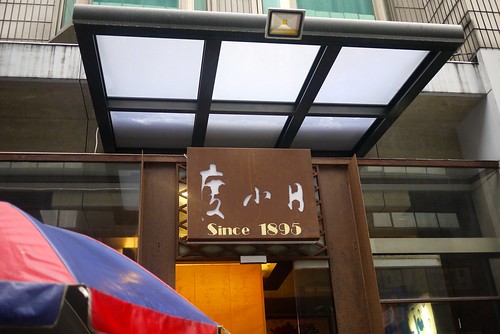 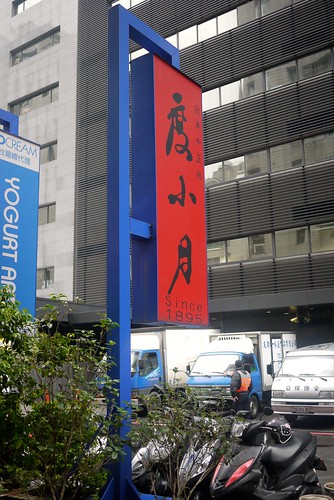 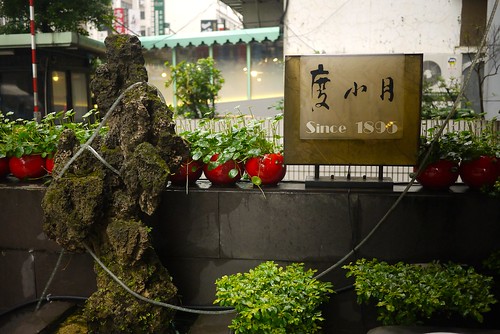 The backstory of the brand is an interesting one.   Back in late Qing dynasty, Taro Hung (洪芋頭), the founder of Du Xiao Yue, was a fishermen who lived in Tainan.  In those days, life for the fishermen is especially hard in the months of April, July and September due to typhoons, which led to stormy sea conditions unsuitable for fishing.  These months were also known as "Xiao Yue" or "小月" in Chinese (lit. bad months.).  In those months, Hung would go to town and sell noodles in front of the local temple to maintain a livelihood.  He named his shop "Du Xiao Yue" (lit. living through the bad months) and the rest is history. 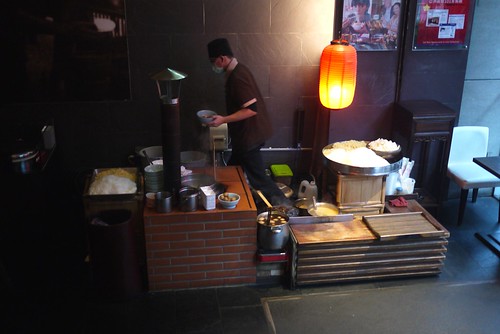 The popularity of this noodle has led Tainan people to regard it as one of the "national treasure".  The main ingredients for this dish are: noodles/rice noodles, bean sprouts, cilantro, shrimp, and the special meat sauce.  You can either have it dry (撈麵) or with soup (湯麵).  I personally prefer the dry version as the noodles seemed to be more fragrant.  The noodle usually comes in a small bowl as it is meant to be enjoyed as a snack and not to be eaten as a meal.  So don't be surprised next time you order this noodle and found yourself hungry for more. 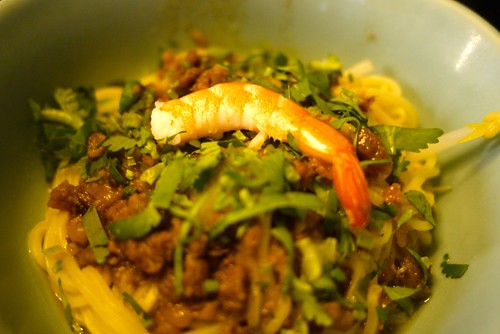 In addition to their noodles, the restaurant also offered other Taiwanese dishes.  The restaurant applied the same concept to the other items on the menu.  i.e., most of the dishes came in small plates.  I appreciate it because I can try a variety of dishes without being stuffed.  It's almost like eating Taiwanese tapas.


I think it's one of the safer bets if you are looking for a place to take your business partners / boss / in-laws or simply a restaurant where consistency is more important.

A die hard foodie. I eat anything from hole in the wall to Michelin starred restaurants. Cooks occasionally but can't stand eating leftovers.
Globe Trooper. Initially required by my job, now I get an itch if I sit in the office for too long. Have no problem living out of a suitcase and can fall asleep in almost any condition.
Constantly daydreaming about retirement but I don't believe in lotto. Bragging rights, have not spent a penny on lotto in my entire life.
Introduced to Blogger by a friend, which has now turned into a hobby. I hope to document my foodie adventure, along with other things, mainly as a personal record. Not a travel agency. Nothing is sponsored (except business meals paid by my company). All opinions are my own.

My Recent (and upcoming) Trips